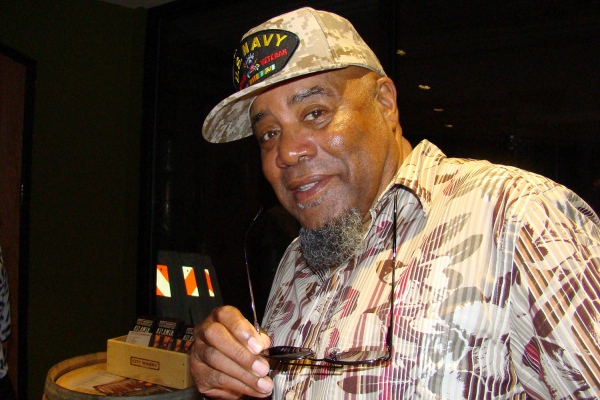 In order to begin to deal with veteran suicides in America, we must first recognize that it is a crisis. We have to actually call it a “crisis” and rally our forces together to deal with it as such. When our communities are hit by a tornado or a hurricane, America reacts with a special force and plan designed to help those adversely affected. They call in the Red Cross and FEMA, agencies who are created for such disasters. Yet we have not had an agency that has dealt with veteran suicides like the crisis that it truly is.

The Veterans Suicide Prevention Channel (VSPChannel) is working to become the FEMA and Red Cross for veteran suicide prevention. We are losing 8,000 veterans a year to suicide at 22 a day, That is 80,000 veterans in a 10-year period. The VA’s response has been to scale down the number of veterans killing themselves to 20 a day. Is that any way to treat a crisis, to make it appear as less of a crisis? How can any organization minimize the deaths of so many veterans? How can an organization be seriously concerned with stopping a crisis like veteran suicide, when they have millions of dollars in their coffers earmarked for that purpose, yet they spend less than 1% of their allotted budget on veteran suicide prevention? Attitude reflects leadership. If the leaders act like its no big deal then the public begins to act like its no big deal. For us, and in reality, losing 80,000 veterans to suicide in the last ten years is a BIG DEAL.

In reality, there are probably many more than 22 veterans a day killing themselves, because there are so many borderline cases and unclear causes of deaths. The Veterans Suicide Prevention Channel understands this, that is why we are working to become the FEMA and Red Cross for America’s veteran suicide crisis. We want to keep it in the forefront of the minds of all Americans that our veterans are killing themselves at an incredible rate. We want to bring together America’s best ideas and brightest people to deal with this problem and restore and rescue the veteran community which has been slammed hard by the hurricane of unexplained suicides. We want to bring that community back to safety.

In order to do this, we are asking everyone to pass the word. We must work hard to end the veteran suicide crisis in America. To do this, the VSPChannel has amassed a great group of dedicated volunteers who serve as our Board of Directors. I am very proud of the work that they have done and are planning to do, to work, to save the lives of veterans from suicide and cut into the numbers of veterans who kill themselves on a daily basis. It is our mission to serve America’s veterans and their family members. Our new Board of Directors was selected precisely for that reason. Each has volunteered as have I. We are a solid band of brothers and sisters determined to see our mission through.

Presently, we are preparing to do a national art festival for veterans designed to show them how they can promote healing from PTSD through using The Arts. AVAFEST 2019 is poised to begin in the city of Austin, Texas in October of 2019. It will start off as  relatively small festival. However, we have plans to try to grow the AVAFEST into one of the largest and most healing festivals in America, its theme is “HEALING VETERANS THROUGH THE ARTS”.

We are developing new categories on our website expressly for women veterans, and that category is being organized and managed by members of our Board of Directors who have intimate knowledge of what may be needed to message our female veterans who are currently killing themselves at a higher rate, by percentile, than their male veteran counterparts. We are exposing veterans to other alternative forms of healing on our website for PTSD, other than mood altering medications.

We are preparing also to raise money to begin producing new broadcasts for our year 2020 season on the VSPChannel. Shows that we feel can have a direct impact on veteran suicides in America if we can draw the right audience to watch them. If we can produce the right shows, we can help many veterans and their family members. That’s  right the VSPChannel is for veterans family members too. Watch us and help us to become the FEMA for veteran’s suicide prevention in America. We are serious, and we think our VSPChannel and our effort, with your support, can succeed.