Have you heard the good news? There is an art festival being planned and scheduled to take place in the city of Austin, Texas for veterans and their family members, and it’s on its way. This art festival is not being planned simply for fun. This festival is not being created simply to sell art. This festival is designed to do something that historically has never been attempted by any veterans art festival, that we know of. The Austin Veteran Arts Festival (AVAFEST) is being created to be used to try to save veteran’s lives from suicide. The AVAFEST will become the single largest event in America designed to use a new era holistic approach to prevent the veteran suicide crisis that has been plaguing America for the past 25 years, through “the arts.”

Yes, the arts have been proven to be very effective in managing the symptoms associated with PTSD such as anxiety, depression and suicidal thoughts. Almost every VA Medical Center and military base has some form of art therapy program, but these programs are fragmented and often standalone treatments that rarely leave the boundaries of their prospective organizations.

The Veterans Suicide Prevention Channel (VSPChannel) is the sponsor of the AVAFEST which is run, planned and managed by veterans and veteran’s family members. Glenn Towery, Chairman and Founder of the VSPChannel, says,“Our goal is to be certain that we are working to try to become like a broadcasting FEMA and/or Red Cross for today’s veteran suicide crisis in America. We believe no one is giving the problem of veteran suicide prevention the attention it truly deserves and needs to end the crisis. Especially the Department of Veterans Affairs, that spent less than $58,000.00 on veteran suicide prevention in 2018, although it had more than a $17 million dollar budget in its coffers allotted to spend on public management of this crisis. It seems the VA, although well-intentioned, really does not see the constant denial of service-connected claims and long waiting periods for appeals as a potential causal factor of veteran suicides. One thing is certain, the veteran suicide crisis is saving the VA billions in service-connected benefits due our deserving veterans.  Hmmmm….. How does the nation, or in this case, the VA define a crisis? I am no longer certain, but I can tell you that 22 veteran suicides a day, is 8,000 veterans a year committing suicide. In a 10-year period that is 80,000 veterans that have killed themselves. That is quite a high number of potential service-connected payees gone. If that is not a crisis, I don’t know what is. What would be our nation’s reaction today if we lost 80,000 veterans in a single war tomorrow?”

That the AVAFEST has elected to use the arts to fight this problem on such a large scale may signal the turning point in us getting the upper hand on this veteran suicide crisis. We are trying to do this festival practically with little more than the goodwill of veterans, their family members and the donations of facilities from the city of Austin, Texas. That’s right. We have not been able to raise as of yet, more than $5000.00 to do the AVAFEST yet it will occur, here in the city of Austin, Texas, October 12, thru November 18, 2019. We are certain of that. What we are fighting for now is to raise the size, scale and scope of what we have outlined for attendees of AVAFEST 2019 and to get the word out that is is happening 4 months from now.

The VSPChannel has been addressing veteran suicide prevention since it was founded in 2015 through its 24 hours a day, 7 days a week internet channel. The VSPChannel has been working to prevent veteran suicide for nearly 5 years, and in 2015 received an award from DOD & Army Onesource representative, Roland Murphy, for the “MOST INNOVATIVE VETERANS ORGANIZATION of 2015”.

We need the good will of others to support the growth and determine the effectiveness of this AVAFEST event. In the next 10 years, we may be able to turn Austin into a genuine place of healing for our veterans with PTSD. We hope that in a few years Austin will have more than 250 art therapists attending the AVAFEST and sharing with veterans and their family members the healing practice of the arts. We hope to be able to videotape all of the sessions and broadcast them all over the nation. We hope that we can broadcast every aspect of this festival to America from our online channel. We hope that by getting veterans and their family members involved in the arts, we can have a direct and recognizable positive impact on the current veterans suicide crisis plaguing America. Last but not least, the VSPChannel hopes that you will support our mission to save veterans from suicide. Our message to veterans: USE THE ARTS TO STAY ALIVE – DON’T SUICIDE!”

Visit the AVAFEST website to learn more about how you can be a part of AVAFEST 2019. It is on its way!    www.avafest.org                       AVAFEST is supported and endorsed by Austin Mayor Steve Adler, Representative Lloyd Doggett and many other city and Texas State Officials.

The VSPChannel is endorsed by the VFW, AMERICAN LEGION, MILITARY ORDER of the PURPLE HEART, DAV, NABVETS and AMVETS. Our collaborative partners include the Texas Veterans Commission, The Travis County Veterans Services Officers and other grassroots veterans service organizations. You can get information on how to join our efforts in the creation of the AVAFEST as a volunteer by contacting us at: avafestgtowery@gmail.com 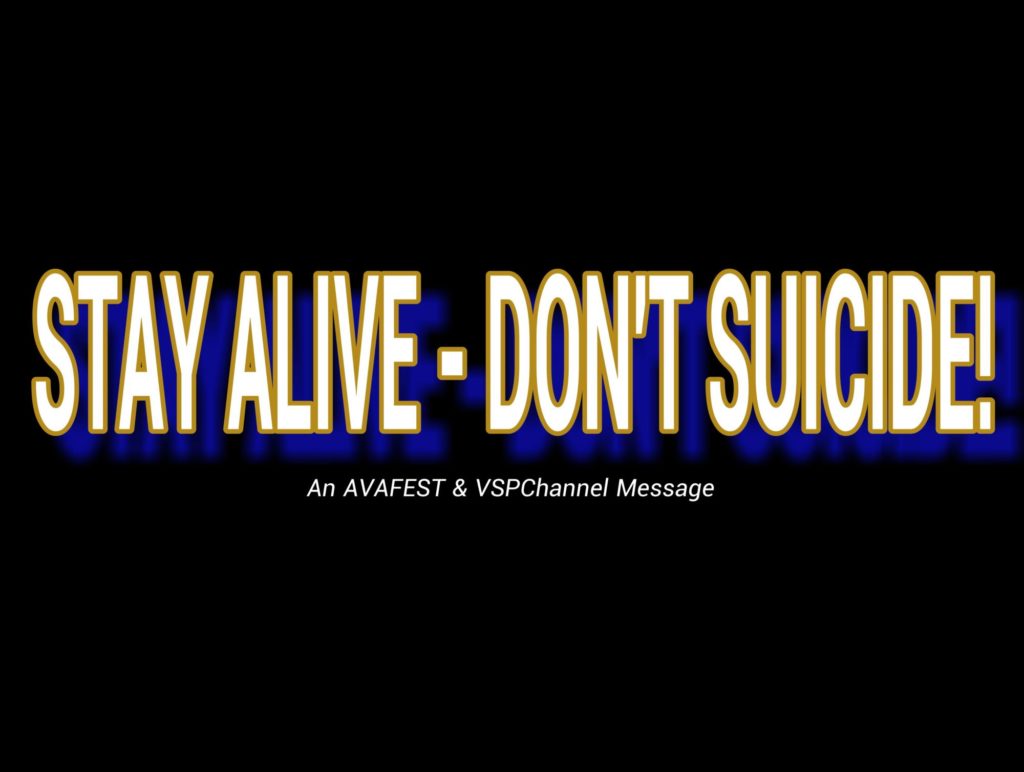