VSPChannel: “The Most Innovative Veterans Wellness Channel In America”?

The idea for the Veteran Suicide Prevention Channel (VSPChannel) was conceived in 2014 after I moved to Round Rock, Texas from Los Angeles, California. I am a Vietnam combat veteran who served in the United States Navy under some very scurrilous circumstances. I, too, suffer with PTSD  and have been under treatment for my condition at the VA  for many years. Ironically, I had never heard that 22 veterans a day were killing themselves while I lived in Los Angeles. However, shortly after moving to Texas, it seemed like that was all the news shows were talking about. I remember when I first heard it, it sounded incredulous. I took out my trusty calculator and did the math. It revealed that if 22 veterans a day were killing themselves, that equaled 8,000 veterans a year and, in a ten-year period, that added up to 80,000 veterans who perished by committing the act of suicide. I recall feeling many emotions after learning these cold hard facts, but helplessness was the overriding emotion upon hearing that news. I thought about the men and women I had served with and veterans that I have met and known throughout the years, since the time I had served in the United States Navy. I wanted to help, but I didn’t know how, or what I could do to help at that time.

Early one morning, at about 4:30 a.m., I was awakened by a idea. I had earned a Bachelor of Arts Degree in 1997 that I could use to address the veteran suicide crisis and, hopefully, make a difference. I had majored in film (cinema) and minored in television. I had graduated valedictorian of the Columbia College Hollywood, class of ’97.  It became big news that was covered by the Los Angeles press because, prior to this achievement, I was a Vietnam combat veteran who suffered with PTSD. As a result, I turned to drugs and experienced a brief period homelessness. The Los Angeles TIMES wrote an article and several local television stations sent news crews to interview me and covered my graduation, where, as valedictorian, I was the keynote speaker. Unfortunately, after graduating with such hoopla, I never worked a day in the film or television industry because of PTSD.

The idea that woke me early that morning was that I should take my video camera and film messages from other veterans and post them where they could be seen by other veterans so they knew they were not alone in their struggles with PTSD. That very same morning, I gathered my equipment and visited a veterans services organization named “Heroes Night Out”, located in Cedar Park, Texas to interview veterans. I asked them one question, “If a veteran comrade came to you and told you that they were considering suicide, what would you say to them to talk them out of it?” I left there and went to other places where I knew there were veterans and asked them the same question on camera. I must have done, at minimum, 20 interviews of veterans, both men and women. I edited each one and began posting them on YOUTUBE, but I had to have a name for my channel, so I named the channel that contained those videos the “Veteran Suicide Prevention Channel” . I did so with the hope that if a veteran was thinking about committing suicide, he or she would somehow find these interviews on youtube.com and that one of the veterans I interviewed would say something that would convince them not to commit suicide.

A few weeks later, after posting the video interviews, I received a message on one of the youtube videos I had posted that forever changed my life. It was a very simple and plain message from a fellow veteran, that is still alive… “This video saved my life today!” it said, and I have been working to save veteran lives every day since then. I was so happy,  I ended up at the Texas Department of the VFW to join that organization. I met Dan West, who was one of the head honchos there and is currently the Texas State Adjutant of the VFW. While there I also met and spoke with a man, which I didn’t know at that time, who was the past Texas State Commander of the VFW, John Spahr, I told him about my YOUTUBE page and showed him the message. I shared with John what I wanted to do. I told him that I wanted to create a wellness channel for veterans, an online website that would be  available to veterans 24 hours a day, 7 days a week with positive messages, shows and videos. I explained that I felt that there may be many more veterans who wouldn’t go to the VA and admit that they were in trouble, but would visit a website, anonymously. The next thing I knew, John Spahr offered to join our team. I had already recruited about six other veterans who were already working on the channel idea at that time. We worked on officially filing for nonprofit status of the “Veterans Suicide Prevention Channel.” The team’s goal was to start our own website as a wellness channel for veterans and provide information resources.

Not only did the VFW of Texas and the national VFW, who sent us a letter of support and commendation, but it was the VFW who made it possible for me to use the word Veteran in our name. (Only a congressionally approved Veterans Service organization can give another organization the right to use the word “Veteran” in their organization’s name.)

THE MOST INNOVATIVE VETERAN WELLNESS CHANNEL IN AMERICA?

In 2016, the DOD, under Roland Murphy, of ARMY ONESOURCE, Texas, awarded the VSPChannel the “Most Innovative Veterans Organization  of 2015”. 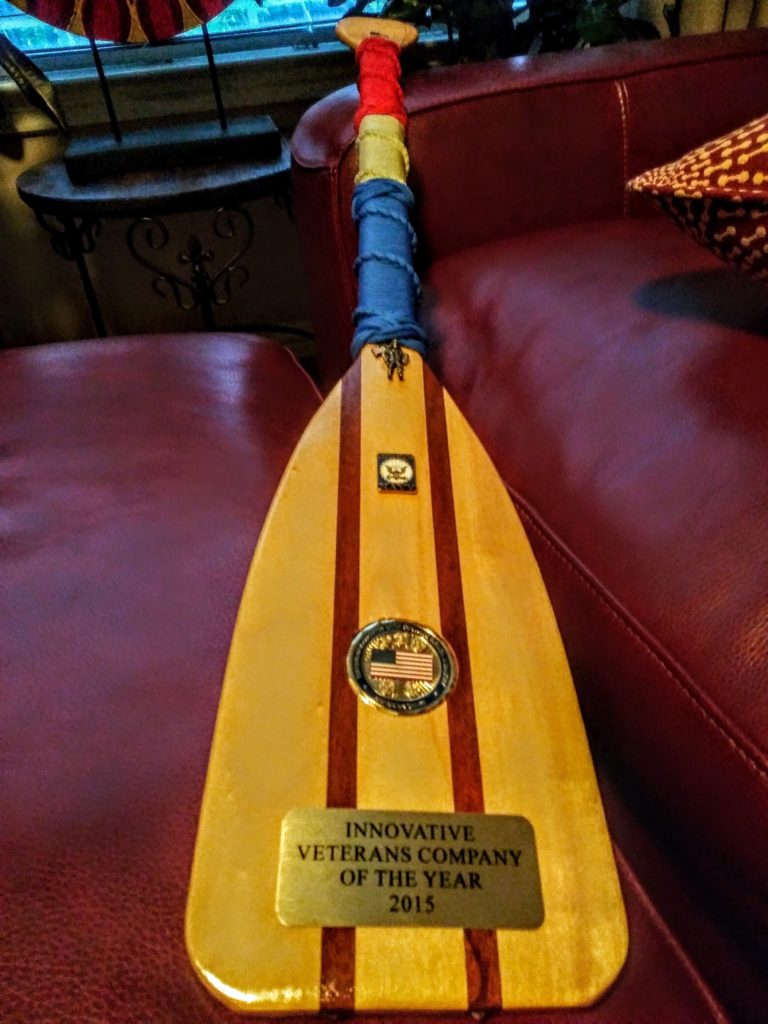 When you come to the Veterans Suicide Prevention Channel’s (VSPChannel) opening page, the very first thing you may notice is a crawling message that states, “If you are a veteran who is currently experiencing a crisis, you should call the Veterans Crisis Hotline, immediately.” The fact is, the VSPChannel was not created to treat veterans who are in the crisis stages of depression, or who are suicidal at that very moment. Although, some of our online video therapies has proven helpful in that regard. The VSPChannel was created to try to prevent veterans from spiraling into the crisis stage. One of our most effective and innovative features is our online channel which runs, nonstop, 24 hours a day, 7 days a week, and is full of shows and messages, some of which we produced ourselves for the channel. There are inspirational and positive mood enhancing videos for veterans to view. The videos on the channel are intended to raise the awareness and spirit of any veteran who comes to view them, sending the conscious message that America cares for them as veterans and service members, and the VSPChannel truly thanks them for their service. The VSPChannel is on a 72 hour loop. There are referral videos, music videos, veteran comedy, informative videos, and much more, on the VSPChannel channel. If you have never explored the VSPChannel, I hope you take the time to sit down, one day soon, and view it. We believe just watching it makes veterans feel better.

The VSPChannel has a popular list of referrals and a growing list for veterans and their family members who may be in need of services especially emergency services. The site is well vetted and we try to only include services that are not exploitative of our visiting veterans.

THERAPY VIDEOS: The VSPChannel features on-demand videos that we call VIDEO THERAPIES. You can go to the channel and do guided meditations for PTSD, such as MINDFULNESS, or be introduced to and participate in YOGA and TAI CHI. Learn about FOODS AS MEDICINE. Yes, there are foods that you can eat that help with anxiety, paranoia, depression and other symptoms of PTSD. There is a growing list of ALTERNATIVE PTSD TREATMENTS such as Hyperbaric Oxygen Treatment, EMDR, Surfing and more. These are non-invasive treatments with documented proven results. The new FEMALE VETERAN Section will be intsalled soon.  The VSPChannel will also provide a list of links to other Suicide Prevention Programs located throughout America. They are organizations that the VSPChannel was founded to support.

Last, but not least, the VSPChannel is in the process of organizing the AUSTIN VETERAN ARTS FESTIVAL, designed to show veterans that they can promote healing by practicing the arts. It features a month-long series of events for veterans and their family members, October 12, 2019 to November 18,2019. This art Festival has been endorded by Austin Mayor, Steve Adler and a hole host of city and state politicians.

So, please spread the word to veterans. Let them know that they may be able to manage many of their PTSD symptoms before reaching a crisis stage by visiting us here, at the Veterans Suicide Prevention Channel. www.vspchannel.vet