The Myth of the Unicorn: The Spin of Veterans’ Health Care and Privatization

I would love to have a unicorn at my birthday party! 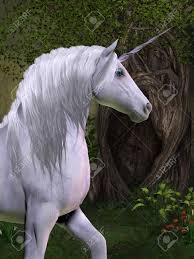 I would also love to see all veterans receive the medical care and treatment they not only deserve, but earned through their service to our country. Unfortunately, in the marketing of “privatized” health care for veterans (“you can see any physician you want”) the civilian public as well as veterans are being sold an unattainable myth. Before your anger in the “hunt” for better treatment spurs you into leaving scathing comments on the malalignment of veterans and treatment received at local VA Medical Centers across the country, let me assure you I am not dismissing, discounting, or invalidating individual’s experience. Accounts I have heard, read and reflected on, leave me saddened and sickened. However, make no mistake, moving veterans’ health care to the private sector and shuttering the VA is not the solution.

In March of 2016, the Congressionally appointed Commission on Care released the proposed Strawman Document. The proposals put forth sent shock waves through the veteran community with expressions of grave concern issued by the majority of Veteran Service Organizations (VSOs).   The Commission had until June of 2016 to issue their Final Report and deliver it to President Obama. The timing of the delivery (just before the summer recess of Congress as well as the Election season) effectively tabled many of the proposed changes to the Veterans Health Administration.

The newly appointed Secretary of Veterans Administration, Dr. David Shulkin, was effectively promoted from his position as Undersecretary for Veterans Health serving under Robert McDonald. As indicated in a wide-range of news reports, those in leadership positions state they are against “privatization” of health care for veterans. Apparently, they don’t adhere to the old adage, “if it looks like a duck, walks like a duck and talks like a duck, then it’s a DUCK!”

During the June 7-8, 2016 meeting of the Commission on Care, Chairperson Nancy Schlichting  discussed modifying the language of the Final Report to ensure VSOs would “buy off” on the concept (privatization). In the report delivered to the President, all use of the term privatization were replaced with integrated community-based networks. The methods to achieve the goal were the same, as well as the legislation needed to reach the outcome remained unaltered in the report. In short, D U C K!

It may seem ancient history, but the rhetoric prior to the passing of the Affordable Care Act, echo in my soul. Congressional members in disagreement said, “it will never happen.” I’ve heard too often a similar sentiment regarding the privatization of veterans’ health care.

When politicians (on both sides of the fence) weave a tapestry of “you will be able to go to any doctor you want,” it is a rug of one color, and it will most definitely be pulled out from under unsuspecting veterans. Private citizens cannot go to “any doctor” they want. They have to go to a physician that accepts their insurance, or one who is willing to accept and treat their condition.

With a promise of reduced wait times, veterans are believing privatization is a better option.

A horse at a birthday party may be a more attainable option, like community-based integrated network appears to be a panacea for the problems faced by the VA. Just like a horse is not the beautiful mythical creature hoped for, privatization too, is in reality a beast.

And who will clean up the mess the beast is sure to make?